But the facts of life keep changing! 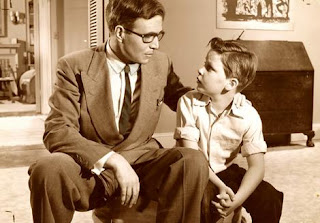 So there's been a few things in the news this week about sex education. Last Sunday, Ross Douthat had a thoughtful editorial in the NY Times that (I think rightly) points out that much of the battle over what is effective is a disguise for "a battle over community values"--or personal values. Much chatter ensued.

I remember with what trepidation I went to a workshop called Holy Hormones at the 2005 Earl Lecture series, Sex and the City of God. I still remember with what vehemence I insisted on bringing the workshop leaders to our parish to present--not to the kids, but to the adults.

The primary thing this workshop made me realize is our very paltry and limited our definition of sex education--indeed, sexuality--often is. Sex education for parents is about so much more than telling kids, "Don't have sex! (but if you are, here's how to do so safely)." The presenters had us asking ourselves, what's the right age for a person to see an R-rated movie? Shave their legs? Wear make-up? And then ask at what age we did those things?

There's also a curriculum for youth that I never used, called Love--all that and more, which sounds very good.

But the main thing for me is that I don't think we do enough in any area of society to help adults articulate what they have learned about sex and sexuality, and then what they would like their children to know. I wish there were a lot more of that. It's so ironic that we call teaching about sex "the facts of life" when the huge bulk of it isn't factual at all, is it? The basics are pretty simple, but the truth is--well, wow, a mass of culture, mixed messages, and the unknown.

Then, of course, you could always get the friendly school nurse to make things clear.

Email ThisBlogThis!Share to TwitterShare to FacebookShare to Pinterest
Labels: a willful display of ignorance, sexuality, things I know nothing about, youth

I am sure the program-pushers will do a jim-dandy job.

Of course, you might just allow mothers and fathers to address these questions at their discretion and leisure, and attempt to rely on schools to teach academic subjects and vocational skills (if they can manage that).

I liked the editorial, but I am not completely certain of its conclusions.

On the one hand, I agree that sex education is unlikely to work unless people have the maturity, the self-confidence, and the self-esteem to make good choices in tough circumstances. It is no easier to say "not until you use a condom" than it is to "just say no."

On the other hand, I am a little wary of the conclusion that we should all leave community standards to community decision-makers. What would have happened to the civil rights movement and the fight for racial equality if the federal government had decided that segregation was just one of a range of acceptable local community practices that American citizens should tolerate in varying degrees across the country?

That last question may sound like a rhetorical question, but I would actually be pretty interested if anyone wants to speculate (a) on the comparison I'm suggesting between the two cases, (b) the likely results of the counter-factual case in some alternate world where history unfolded another way, or (c) I suppose, anything else that relates to this interesting topic.

We put a lot of focus on sex education for our youth, but I sometimes think that we adults could use just as much for ourselves - and not only because we have to teach our children what to do, but also because we need to know what to do! I can't count the number of youth group programs I've seen where I've still felt even in my forties and now fifties, hey, that sounds great, why can't I take that?

I agree with you. One thing that's difficult is, as I see it, a lot of society has put the onus of teaching about the biological basics of sex on schools but can't completely divorce this from values. And then there's huge disagreement about what the values should be.

Anonymous (or should I say 'Anonymous'?), I agree with you, too. I didn't totally buy the editorial; I just thought it was a great jumping off point for my own thinking--and not just mine, evidently.

Yesterday's letters to the editor (http://www.nytimes.com/2010/02/07/opinion/l07douthat.html) speak (slightly) to your not-so-rhetorical questions.

And finally, I am in complete agreement with you that we need more sex education for adults. I'm not sure why we think people have it all figured out by the time they reach college (or perhaps 22). God knows I had--and still have--a lot more to figure out.

One thing that's difficult is, as I see it, a lot of society has put the onus of teaching about the biological basics of sex on schools but can't completely divorce this from values.

The only difficult thing is that authority over school curricula is so fragmented that it is difficult to discern who has the authority to take the onus off. It is a problem of institutional architecture.

I think the best person to answer whether you need Sex Ed is the person with whom you most often engage in intimate relations. The answer might surprise you (unless, of course, you would be talking to yourself!).