Yesterday was my final contest in Lent Madness, as Bishop Kemper lost in the second round to the very worthy Bernard Mizeki.

I feel terrible, though. Not because Kemper lost, but because I feel so many people got the wrong idea about him from what I wrote.

The second round is Quirks and Quotes, and what could be quirkier than this:


According to his biographer, “He did not care for Shakespeare, and abhorred Byron.” He did, however, enjoy the occasional novel (“particularly, it is remembered, Judge Haliburton’s ‘Sam Slick’”) and “let his children read Scott’s romances, but not too many of them at a time, fearing lest they should acquire a taste for fiction.”


Bishop Kemper “rose early, at five o’clock in summer and six in winter, and attributed his established health in large measure to his habitual morning bath in cold water, followed by the use of the flesh brush.”

But, oh, the comments! People who could never vote for someone who didn't care for Shakespeare or censored his children's reading. Who found Kemper cold, joyless, and stiff. Who called him "small-minded."

One person commented, "Voted mostly against Kemper–cold showers and dislike of Shakespeare hardly stacks up against an African martyr who comes complete with a festival where people dance for two days." Another wrote, "He sounds like a dedicated pastor of the far more austere sort. I wonder what inspired others about him–largely the sheer force of his strength of character?"

And that's where I feel I completely let Jackson Kemper down, because I've gotten to know him well in my research and what comes shining through is his warmth, kindness, and generosity.

Here's a quote from his biographer that didn't make it into the write-ups:


"He was in his element when making a round of parish visits, which he found to be an easy means of imparting religious instruction, and his tenderness and personal kindness in times of trouble, sickness, or death endeared him deeply to his people. He thoroughly enjoyed simple social visiting, and all his life was very particular about calling on strangers and returning calls. He was a generous giver to every good cause. He was exceedingly restrained in criticism of others. He had modest views of his powers and attainments, and was never satisfied with them but ever strove to improve himself. He was by no means lacking in humor of a gay and gentle kind. One of his most attractive qualities, which he never lost, was a certain boyish lightheartedness and zest for living."

This year, when we were given the list of Lent Madness contestants to choose from, I didn't have any particular favorites and just asked for a random assortment. I received Dorcas, John Keble, and Jackson Kemper, and knew little of any of them. It's Jackson Kemper that most won my heart and affection in the course of this Lent Madness. I'm just so terribly sorry that I didn't do more to convey that this amazing man not only did a tremendous amount for the church, but did it with love.

It's been so much fun being part of Lent Madness. Thanks to Melodie Woerman of the Diocese of Kansas, Don Compier, Dean of the Bishop Kemper School for Ministry, and the fabulous folks who ran the Action Jackson Kemper Facebook page. Kemper will always have a Golden Halo in my book. 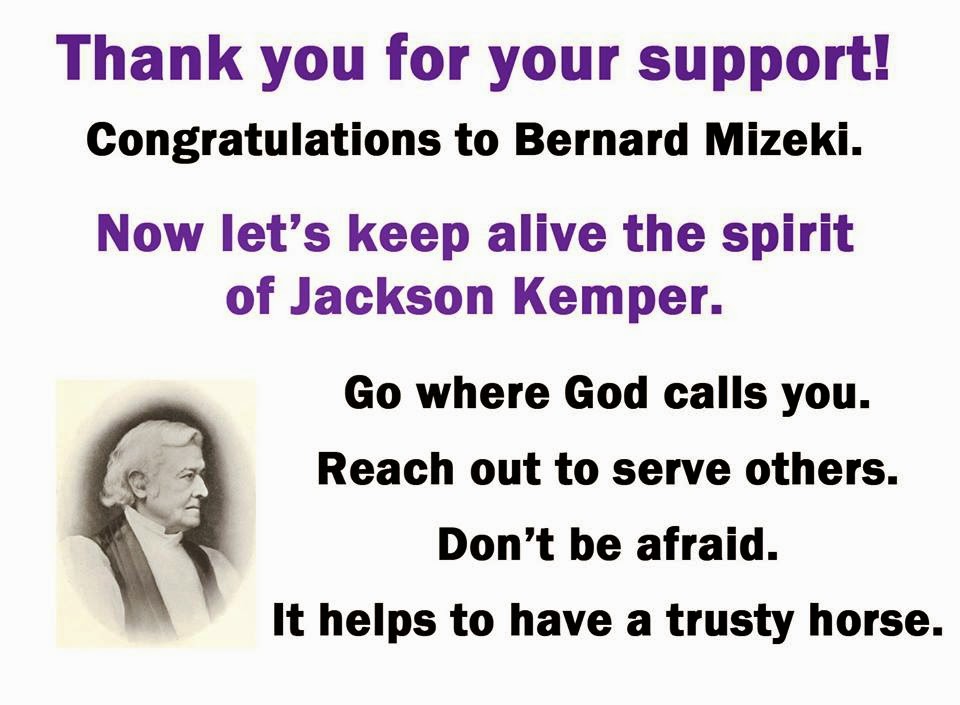