Is this not the Most Sincere Pumpkin Patch you have ever seen? We managed to get 5 pumpkins this year. Four of them were mostly orange.

And did you know that those stems are prickery? I actually used sandpaper on them so I could pick them up--after experiencing some serious ouch.

Also, before it's no longer pertinent, I wanted to pass along this recipe for Carrot-Ginger Quinoa Pepper Jacks which sound really good, though I doubt I'll be able to get them so picture-perfect. Just the thing with leftover Snickers.
Happy Halloween!
Posted by LKT at 9:16 PM 2 comments

Email ThisBlogThis!Share to TwitterShare to FacebookShare to Pinterest
Labels: well I think it's funny

World Series--whatever. Awesome news from the maker of the documentary Opposite Field (which I highlighted a while back):

"The team that Uganda was scheduled to play in Williamsport in 2011 was the Canadian champion from Langley, of course that game never happened... until now. We will play the game, this time in the ghettos of Uganda.  In January 2011 [I'm assuming he meant 2012] the Canadian team will board a plane and fly to Uganda to play 'the game that should have been'."

Donations to get the Canadian team to Uganda are being collected through Right to Play.

"I used to be more liberal, more accepting of differences, and then the living dead came to church..." Full script Audio:
Posted by LKT at 7:18 AM 0 comments

Whew! It's been a crazy couple of weeks and I'm gearing up for a garage sale tomorrow, but I wanted to post a couple of things to keep you occupied this weekend. Let's see here...

Loved this story about the man who accidentally received as size 1,450 slipper--not the 14.5 he ordered. Or it may be a PR stunt. Either way, this is a great photo: 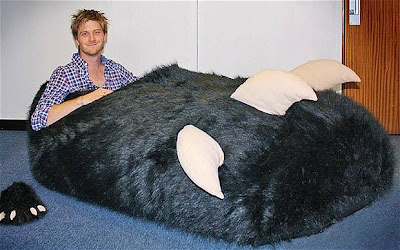 In baseball-related news, according to the Futility Closet, "In 1990, weary of repetitive interviews, Phillies pitcher Don Carman posted this list of responses on his locker." It certainly...covers the bases.

Alton Brown also offers a great list of responses on how to fake it as a food and wine connoisseur. e.g.:


How to fake it as a wine connoisseur: Look at the wine list and narrow in on something like the Brunellos. Then look for a year that's missing, and say, "Do you have the '84?" And the waiter will say "no." And then they might recommend a different year, but you should reply, "Yeah but that year was too 'wet'" and they'll agree because they won't know the difference. And soon the conversation will get going and you're safe.

I was touched by this report in Stars and Stripes about gay and lesbian servicemembers adjusting to life after DADT. The video interviews are particularly lovely.

I thought I knew both cheeses and fonts, but Cheese or Font showed me I don't. Quick now: Carnova--cheese or font? See? It's tough!

And finally, the fabulous PeaceBang stands up for the rights of fat people to have opinions about aesthetics. Preach it, sister:


Vocation does not come in small, medium and large. The love of beauty and aesthetics is a calling, an orientation of the eye and of the heart. Pigeons, never let anyone tell you that you have the wrong sized body for the work you were called to do. Never let anyone tell you that you’re too ugly to be out in front. And never stop helping your people see the difference between admirable self-discipline around diet and exercise and moral righteousness. They’re two different things but have been intentionally, ingeniously and successfully conflated by the multi-billion dollar diet and beauty industries to be equivalent in the public mind. Self-hating people are much more susceptible to the latest weight-loss or beauty product. There’s a lot of economy riding on you and me feeling bad enough to go spend some money about it.

Jesus never said nothing about loving only skinny kids. I was no better a person when I weighed 105 lbs than I am now. It just takes a whole lot more denim to get around my butt.

Email ThisBlogThis!Share to TwitterShare to FacebookShare to Pinterest
Labels: baseball, food, in the news, just cuz, looking at images, other people's blogs, sexuality, things I like, tidbits 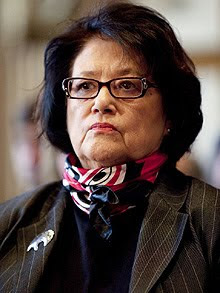 As you can tell, I haven't had a lot of time to blog, but I wanted to pass along the amazing story/obituary of Elouise Cobell, "whose Blackfeet name was Yellow Bird Woman and who...sued the United States government for billions of dollars plundered from American Indian lands – and won." A-ma-zing.

And is that not a look? That's not a woman to trifle with, though trifle they did. At their peril.
Posted by LKT at 9:35 AM 0 comments

Email ThisBlogThis!Share to TwitterShare to FacebookShare to Pinterest
Labels: obituaries, simply fabulous, things that impress me 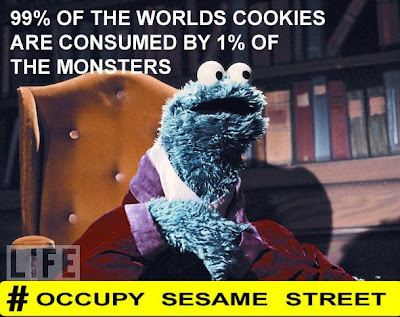 Email ThisBlogThis!Share to TwitterShare to FacebookShare to Pinterest
Labels: in the news, well I think it's funny

Anyone who has read this blog for a while knows of my adoration of The Bloggess. I spent much of last night watching the developing story of The Bloggess's pwning of a PR firm--my my my.  I'm sure the PR firm was glad to see the debacle featured on Business Insider this morning. Killer line expertly deployed: "Please stand by for a demonstration of relevancy." Oh man! AWESOME! 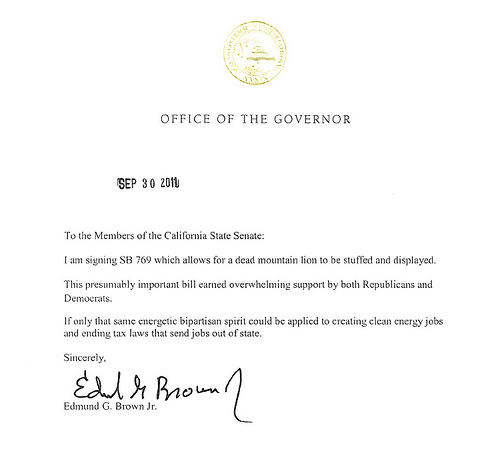 In light of the controversy over the name of Rick Perry's family hunting grounds, I thought Ta-Nehisi Coates, as usual, offered light where many provided only heat. His thoughts on racism are, in my opinion, very important and get at something very deep. I cannot encourage you enough to read these posts.  On the same topic, I thought The Daily Show's take on the controversy was fantastic.


In the ongoing story about Uganda Little League, there's now a feature film about it, called Opposite Field. I've signed up to receive updates about it; the video is a killer. I hope the film turns out well.

ESPN Feature Opposite Field from Jay Shapiro on Vimeo.

In the meantime, go Milwaukee! Go Cards!
Posted by LKT at 1:47 PM 0 comments

Email ThisBlogThis!Share to TwitterShare to FacebookShare to Pinterest
Labels: a willful display of ignorance, baseball, in the news, other people's blogs, rhetoric, sports, Uganda, words and language


I'm not sure you need any other obituary.

Email ThisBlogThis!Share to TwitterShare to FacebookShare to Pinterest
Labels: in the news, obituaries

I preached this sermon in Fort Bragg, CA, a town that was suffering from a far more recent trauma in the murder of a city councilman.  [The suspected murderer was himself killed last Sunday.] The service started at 10, the time when all the churches, police, and fire stations in town were requested to ring bells or sound sirens to mark the day. The following is an abridged version of what I preached, as best I can remember it, piecing it together from my notes.

To prepare for this sermon, I read the Archbishop of  Canterbury's reflections on 9/11, Writing in the Dust. He was actually there when the towers were hit, preparing to give a presentation at Trinity Wall Street, so he's not writing about this from a distant perspective.

One of the things he said that I liked very much is that he is "very suspicious of any action that brings a sense of release, irrespective of what it achieves; [he's] very wary of doing something so that it looks as if something is getting done."

I think that includes forgiveness.

The gospel for today is a particularly tough one, I think, made more difficult because we in the church want to jump to forgiveness, sometimes before either party is ready.  Too often this passage is used as an excuse for people to hurt others over and over.  Too often those injured receive no repentence and yet are told if they do not forgive, they will be punished.

But the phrase that leaps out at me is the one at the very end of Jesus' lesson: the three words "from your heart."  And once I focused on that, I started seeing the heart everywhere I turned. Starting in the collect where we ask God to "direct and rule our hearts" to the collect for purity in which we concede from the outset that "all hearts are open" to God to the post-communion prayer in which we ask "to love and serve you with gladness and singleness of heart," it's clear that our heart needs to be in the right place.

Another theme that Rowan Williams kept returning to in his book was the need for breathing room.  It's strange to say, but even after 10 years, I'm not sure we've ever allowed ourselves any breathing room around 9/11.  What would happen if we did? If we didn't need to fix it or understand it or resolve it?

And so I would suggest that our second task is to give ourselves time, to give ourselves breathing space.  It may be that time itself will allow us to move on more than we may think. After any momentous event--good or bad--, it simply takes time to absorb what happened and adjust to the new reality.  The Israelites left slavery in Egypt and crossed the Red Sea, and then spent 40 years wandering in the wilderness.  Give yourself some breathing space.

Whether it's 9/11, or the death of a friend and neighbor, or some personal slight that has rocked your world, breathe; uncover your heart; and only then, without force or compulsion, and as you find it in your heart, forgive.

Addendum: Reflecting on this, the one thing I wish I'd thought to add was a section about how we can trust and believe that God will lead our hearts to a place of forgiveness, if that is what we desire.  That's why we don't need to provide forgiveness under compulsion; God is working in our hearts and so we can be at peace, even knowing that we are not where we want to be. I believe God will lead us there.

Here's hoping this might make some of you Red Sox fans out there feel just a little bit better.