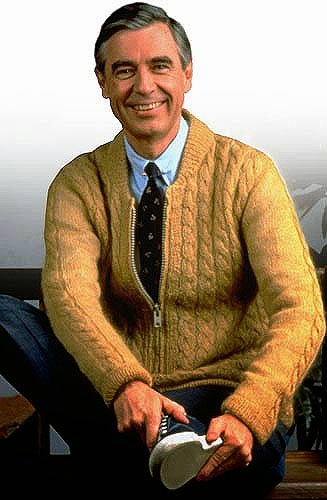 Email ThisBlogThis!Share to TwitterShare to FacebookShare to Pinterest
Labels: because I'm a geek, Lent Madness, saints, the Episcopal church

Excellent idea. And Harriet wasn't the only one added in less than fifty years after dying. I've been Episcopalian for over twenty years and I do not remember a time when MLK was not on the Calendar and 1968 + 50 = 2018 and C.S. Lewis, who died 22 November 1963, was also on the Calendar in less than 50 years. Oh and don't forget the Rev. Florence Li Tim-Oi, first female priest in the Anglican Communion, also added in way less than 50 years.

Any suggested propers for the day? Off the top of my head I'm thinking "suffer the little children to come unto me" for the Gospel.

Anonymous: How funny! I'd never thought about MLK getting the special treatment. But there are certainly some people who are just such no-doubt-about-it exemplars of faith it's ridiculous to have a 50-year waiting period. I would include Fred Rogers among them.

Alan C: Yes, "Let the children come to me" sounds like a great choice. I keep something from Isaiah might be good, about all being welcome. That seems very Mr. Rogers-y. I shall ponder. And I'll be curious what else people suggest.

I am very inspired for your blog post, Your article very informative all about
order coffee online